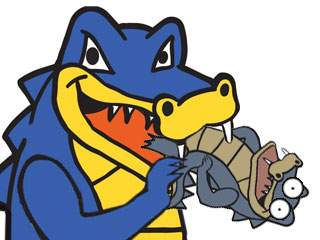 (Note: If you just want the quick advice on which host to use, then here it is: (1) SiteGround, (2) InMotion, and (3) Namecheap. Those are excellent Hostgator alternatives. However, you really should read the three-part editorial…)

What Happened to Hostgator?

Back in June 2012, Hostgator was sold for $225 million dollars to Endurance International Group (EIG).

Brent Oxley — founder of Hostgator, former CEO, the primary reason it was so good for so long (and one rich son-of-a-gun) — is now gone. In the initial 14 months after the buyout, EIG made a number of major changes to Hostgator, all of which have resulted in degraded performance and poor uptime for customers.

To understand what hosts are true alternatives to Hostgator, and safe from the EIG monster (i.e., future potential acquisitions!), it’s important to first understand who EIG is.

Who is the Endurance International Group?

A lot of people are unfamiliar with EIG — many didn’t even know about the buyout of Hostgator! Yet this comes as no surprise….

Endurance started out as Bizland Hosting about 15 years ago, in the late 1990s. It was a small host, and never really took market share from competing brands like JaguarPC or Network Solutions. So instead of growing as most businesses do, they made the then-unusual move (in the hosting industry) of acquiring other hosts to get new customers. And for at least 13 years, that’s what they’ve done.

But EIG also did something that’s unusual for most industries — they hide. When EIG buys out a brand, it’s not made known to the public or the customers. No press releases. No branding changes. Most new companies love to rename their acquisition, or somehow add their name to it. (For example, the recent acquisition of Softlayer by IBM now carries the tagline “an IBM company”.)

EIG now owns more than 60 brands, such as Hostgator, Bluehost, A Small Orange, Arvixe, and Site5.

News involving EIG comes almost entirely from investigative “follow the money” type reporting within the hosting industry. And because web hosting is still considered too techie for the average news reader, it never makes it into regular news outlets — not even the national ones like USA Today, CNN or BBC. This is why most folks were completely blindsided a year after the EIG acquisition of Hostgator.

EIG doesn’t just buy hosts — it liquidates them. From what we can tell, it has 4 divisions:

Until 2011, EIG would acquire a host, and then convert the customers to its proprietary vDeck control panel, which is like a limited version of cPanel. They only supported shared hosting, and non-shared customers were cast aside, casualties of the buyout.

Starting with Bluehost in 2011, EIG began to use a crippled and throttled version of cPanel, and using the not-better BetterLinux custom OS that allowed more customers to be crammed on a server. For users that wonder why EIG servers are so slow, that’s why.

And it wasn’t just the customers that got the shaft. Historically, EIG has fired (laid off) the staff of recently acquired hosts, and shuttered its doors. The old owner and/or management was gone, paid off handsomely, so nobody was left to protect the employees. Many HG customers have noticed a severe delay in ticket response and scripted tech support for months; attrition and non-HG EIG techs taking tickets is likely. One has to wonder if the Hostgator employees in Texas will be another casualty. With the HG migration to an EIG datacenter underway, the employees and the alligator mascot are all that’s left.

The hosting community at large — found on sites such as webhostingtalk.com (WHT) — was half shocked by this announcement, and many seasoned hosting customers familiar with EIG’s past bailed out early. Most were aware of EIG’s repetitive past, and had no desire to be part of its future.

The other half were aware that Hostgator had been on the market before (in 2011), that EIG wanted Hostgator badly, and it was only a matter of time and price before that happened. Those users bailed out even earlier.

Regardless of why those users left, they moved on to better providers. And that brings us to Part 2 — who are the better Hostgator-like alternatives?