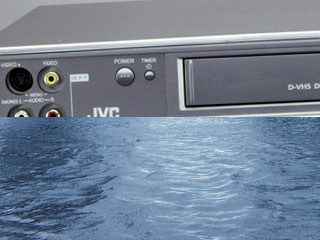 I bet not! So please, learn from our experience (and mistakes)… END_OF_DOCUMENT_TOKEN_TO_BE_REPLACED

Analog video formats, such as VHS, suffer from a few inherent quality-reducing errors.

The more money you dump into this hobby, the better quality results you will get. But this is a multi-faceted hobby, with many things to consider. Remember, this is digital video. So it’s important to take care of both the “DIGITAL” and the “VIDEO” aspects, whereas “digital” is all the computer stuff, ranging from capture cards to burners to software, leaving “video” as all the source material and technique and playback aspects.

It takes more than a new computer with a burner and capture card to make good digital video. That’s what this page is for: playback aspects. The two important devices to focus on are a “VCR” and a “TBC”.

Your typical VHS VCR is not good enough for digital video. It can playback tapes, but VHS tapes are a lossy format to begin with, and many VHS VCRs tend to amplify those errors rather than hide them. VHS is a low resolution analog format, and is prone to have noise that needs to be removed. S-VHS is the best choice, though it costs a bit more.

VHS Players: If you insist on using a VHS VCR, normally due to budget restrictions, then try to find a player with a good tracking range that will play anything you throw at it. It will be less likely to go off track at the slightest error. Only use HiFi 4-head machines. The 6-head machines are no better than 4-head machines.

IMPORTANT! Avoid any 2-head or mono VCR. Emerson, Magnavox, Philips, GE and Zenith brand machines are terrible. Most low-end and no-name brands are horrible machines, often adding errors to tapes and outputting noise that is seen by capture cards. You must use a VHS VCR that has RCA. Never use coax unless you are recording directly from broadcast, satellite (from the coax output) or cable.

Super VHS (S-VHS) Players: If you have a little money (about $200-400), buy a decent Super VHS VCR, ones that come equipment with digital noise reduction, audio/video filters, and built-in time base correctors (line TBC for removing noise and cleaning video). Many brands of S-VHS VCRs exist, but know that JVC was the inventor of VHS and Super VHS technology, and they continue to lead the industry in these machines, especially in terms of quality. Panasonic, Mitsubishi, Sony, and Phillips all make S-VHS machines too.

All JVC models have a few nifty features that any video fan should enjoy:

Suggested S-VHS VCRs: Any one of these will do quite nicely at clean playback of both VHS and S-VHS tapes:

Which S-VHS VCR models are not so good? The low-cost $100-200 S-VHS units, such as the JVC 2000-5000 series machines (ex: JVC HR-S2900U), lack the TBC/NR unit, and are also not very well-made. These are decent machines for recording, but the playback filters are very weak compared to the better series models. These tend to go out of alignment easily, and alignment errors are the main reason tapes get “eaten” when played. (FYI: The other reason is heat or faulty tape mechanics.)

What’s a TBC? Which one should I get? Where?

While anybody not living in a cave since the late 1970s knows a VCR is a video cassette recorder, many of you are probably asking what a TBC is. TBC is the shorthand name for a time base corrector, a device that adjusts the signal for proper playback, often discussed as “cleaning” the video signal.

Time base correctors come in many forms. They range in price from $40 at your local Best Buy to $1,000s at mail-order video houses. (But before you get your keys and wallet, let me quickly point out that the $40 unit at Best Buy is junk and barely works, and not really a TBC by true definition. So sit back down and keep reading…) I’ve categorized them briefly:

Suggested TBC? The DataVideo TBC-1000 or AVToolbox AVT-8710. TBCs can be found at professional video stores like B&H Photo and Video.

Copy protection notes: Anti-copy protection methods, most commonly Macrovision’s patented form of anti-copy, are little more than artificially-inserted video errors that confuse the AGC (automatic gain control) on your video equipment. A good TBC filters out all errors, including the artificial ones.

Examples of a S-VHS VCR and TBC in use

Although this topic will be more thoroughly covered in the video restoration guides for posts in the video restore/filter forum, here is a quick peak at what a S-VHS VCRs and TBCs can do to help improve your video. The following images are of a JVC HR-S9800U and DataVideo TBC-1000 in action. (NOTE: The DataVideo TBC-1000 was used to remove slight jitter in these tests, something that cannot be illustrated with images.) 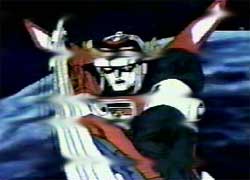 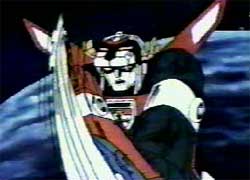 Using JVC 9800 (TBC on). Notice the wavy distortions in the image have disappeared. 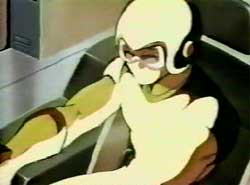 Video in JVC 9800 (TBC on), video torn at top of screen. This is a rare error that happens on some source.